This post is part of a series on how we developed Salv identity. Also read the other posts in the series:

I’m Jaanus Kase, and I head up Design here at Salv. When I joined in the summer of 2019, one of my first projects was to help develop and launch a new identity for us.

It’s not every day that you get to be the part of the birth of a whole new company, let alone in building the design concept from the ground up. Which is why I wanted to write down our journey, before it gets lost in history.

This is the story of bringing Salv to life.

Before summer 2019, Salv was called Dataminer. Here’s what the logo looked like. 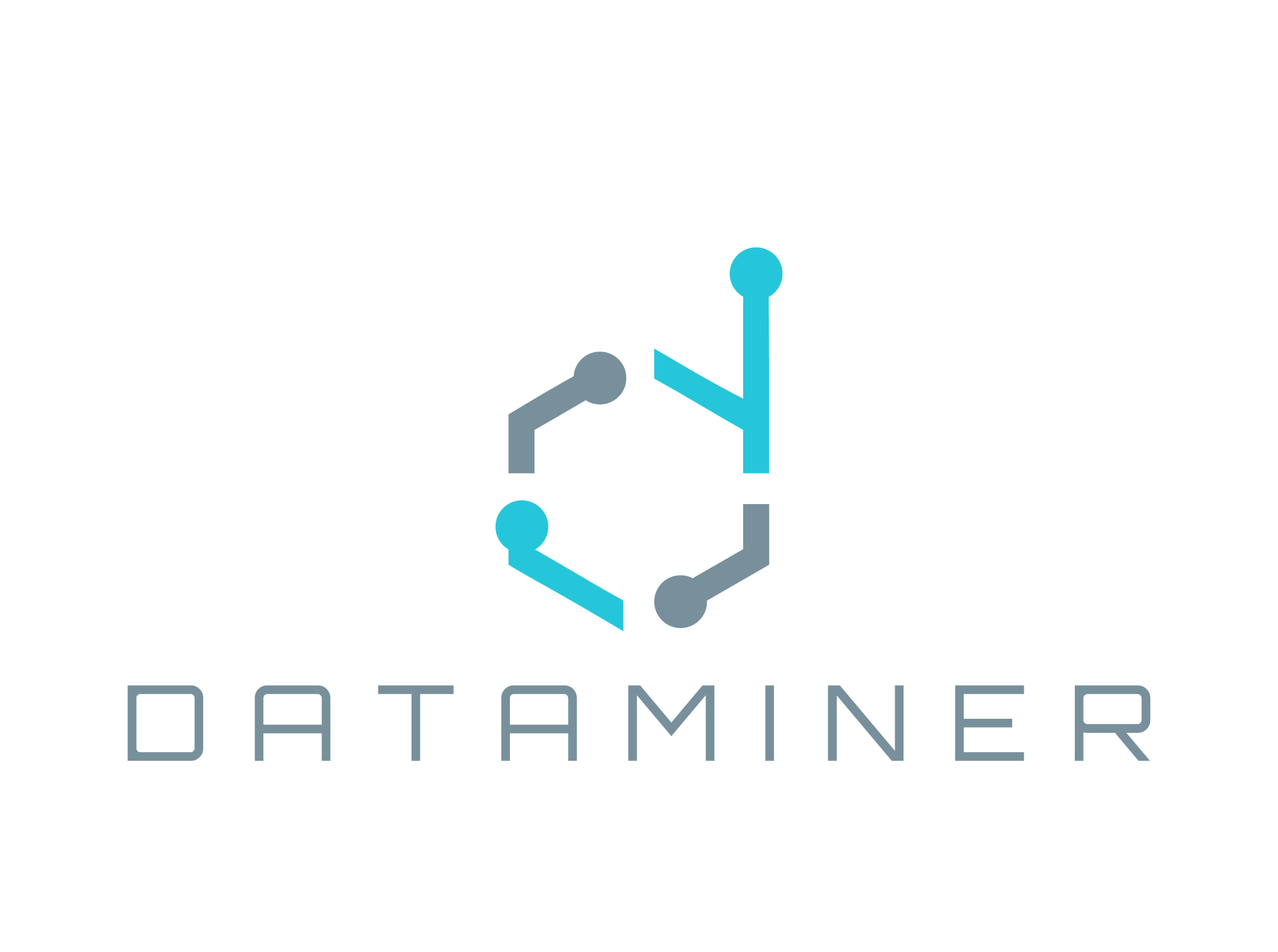 There’s nothing really wrong with the technical execution of this identity, but it doesn’t stand out. Nor does it represent anything in particular. To be frank, at first glance it feels like a generic placeholder, which is exactly what it was and honestly reflects how it came into existence. When the company was founded, like every other company, it obviously needed some sort of name. But, rather than have a big project for developing a full identity, the founders at the time decided wisely to quickly establish a placeholder identity and postpone the creation of the real one until a bit later.

In 2018, Taavi and co were consulting with different companies, helping them find insights through data. So, in a meeting one day while they were discussing the fact that they needed some sort of name to be an official entity, one of their lawyers at the time said, “Why not call yourselves Dataminer? That’s essentially what you do.”

Seriously, that was the whole initial naming process. Thank you, lawyers.

The visual identity had a similar origin story. “Uh oh, we need a logo, let’s get on a site and pay someone to make one real fast. We can always change it all later.” 100 euros later and they had a logo. Check.

It was a wise choice then, it’s a wise choice now. If you don’t yet know what your mission is or how you’ll do it, you might as well choose a placeholder name and logo and postpone the heavy lifting for down the road when your identity is clearer.

Jumping a bit to the future, after we’d already told a few friends about the new name, here’s what a friend of Taavi’s (Taavi is our CEO) said about Dataminer.

So, when I joined in the summer of 2019, the pain of a mismatched identity was strong. “We’ve evolved far past data mining. Now we have a huge mission and a huge heart. We need a name and an identity that matches who we’ve become.”

So we started on that journey to create it.

Start with a mission

Many brand and identity projects start with soul-searching.

It’s important to know what you want to represent. A brand and identity without a soul is just an empty shell, and it’s not something I’d personally want to work on.

Fortunately, Salv has had a clear mission and purpose from the second it was founded, and it hasn’t changed a single bit. Everyone, including myself, who joins the company must seriously consider the mission as they decide whether to come aboard. We trust that everyone who becomes a Salver has done some serious soul-searching before they commit.

Our purpose at Salv is to stop financial crime. Here’s an actual slide from an internal presentation. 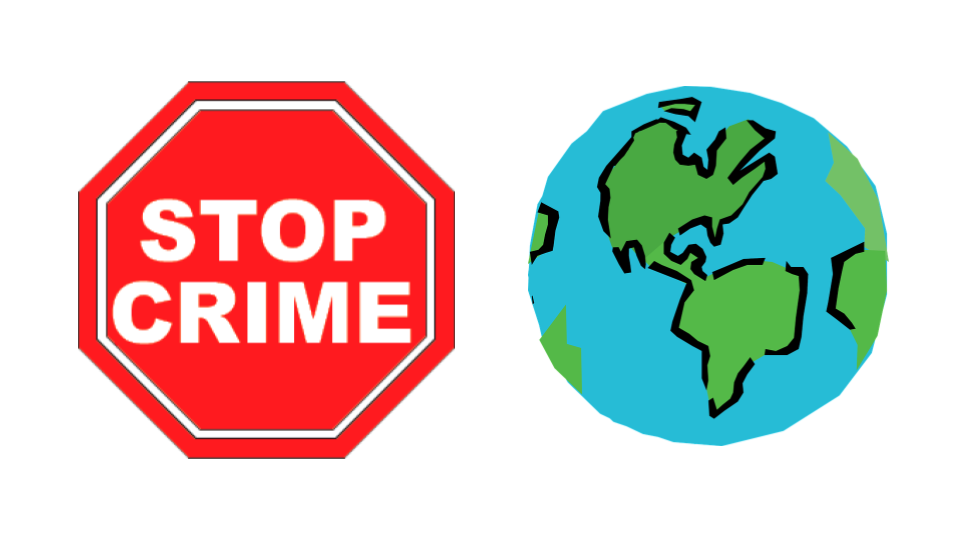 I’m a designer at heart, so my eyes do bleed looking at the technical execution of this slide. But, at the same time, it is beautiful, simple, and obvious. We’re on a mission to stop crime. If we want to be pedantic about it, we deal directly with financial crime, but the reality is that by stopping financial crime, we’ll help stop other kinds of crime too. Financial criminals are all too often laundering proceeds of heinous crimes like human trafficking, drug dealing, child exploitation, and illegal animal trade, just to name a few.

So, from a purely brand perspective, fighting financial crime was and is a solid foundation. Now we just had to develop the tangible identity to represent this mission.

Come up with a name

Salv is such a delightful name to work with. I like names with double meanings in various languages, but Salv goes above and beyond that: in Estonian, it also has several meanings, from “ointment” to “storage bin” to probably even more. The English meaning is related to “salvation.” We mean for our work to help be a salve to the world, so it goes incredibly well with our crime-fighting mission.

But deciding on the name was no easy process.

We spent weeks and weeks (that’s a long time in a startup) brainstorming ideas, asking for outside opinions, making various polls, talking again, brainstorming again. We had many strong candidates.

Quite a few were related to the concept of “hero”, but the more we thought about it, the more we realized it sounded too pretentious, like we were calling ourselves the heroes. We had to scrap those. Personally, I’m glad we abandoned this direction.

Another briefly popular direction was around Taavi’s last name. It means “Oak stone”, so we played around with various names relating to that, but at best it felt like a lumber company. At worst, like an old, traditional company.

But by the time I joined, the process was almost finished. Our in-house storyteller and do-what’s-needed queen Mallory was more involved in that work, and describes it like this:

We went through so many iterations. Strong. Guard. Protector. But they all felt… strange. Overly masculine. Overly negative and dark. Military like.

And then the part about hero. Fast? Nimble? Helper? That sounded better, but the hero part sounded too egocentric and off.

We wanted a positive name. Something short, and easy to spell. A name that, if you heard it, would be easy to visualize over the phone.

Zalvo was one of the options. It made it into the top list but something felt like it wasn’t quite right. Maybe it was because it felt close to Zappos, a famous online shoe company from the States.

And, honestly, I thought somewhat about my own name. It means something negative in every language because the prefix “mal” almost universally means “bad.” Think about it. Malware. Maladapted. Malevolent. Malaligned. We needed a name that always meant something good, no matter what language.

And then, as a few of us sat around at an offsite, the idea came. “Salve.” That has a positive meaning. It’s a healing balm. Something actively doing good. But it’s just a balm, so it isn’t making huge claims. We will never be able to salve, er, I mean save the world, but we can at least help cleanse some of the ugliest parts. So what if we use Salve, without the ‘e’? And that’s how Salv was born.