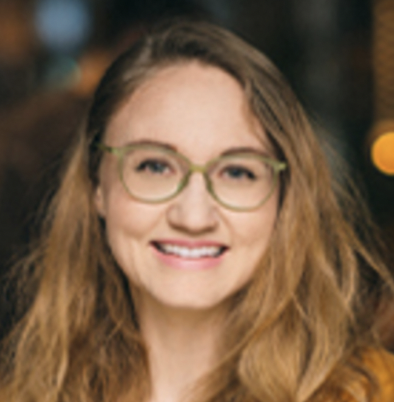 When I left Salv in December 2020 to have my daughter, Salv was tiny. Like most startups, we had our fair share of problems. Product-market fit? Maybe. Ambitious project ready to change the world? 6 months behind schedule. Company vision and goals? Clear as mud. Culture? Well, we were working on it.

When my daughter came into the world a few months later, we learned of complications no parent could have prepared for. To call life stressful was an understatement and, as I began contemplating going back to work 1.5 years later, I wasn’t really sure I wanted to. I mean, after all, didn’t I have enough stress in my life?

I assumed the same thing most people would, “Companies don’t really change for the better. When I return to Salv, I’ll be going back to all the same problems from before — but on a larger scale, since it’s grown.”

Because that’s how things work, right?

At the founding of a company, everyone is excited and motivated. They work hard. They inspire one another. And they accomplish big things fueled only by their bigger dreams and coffee. Lots and lots of coffee. But from there, things go downhill. They begin really growing and hire in superstars. Egos enter. People start stabbing one another in the back. Political factions take hold. Teams start pointing fingers at one. The best you can do in those situations is just try to slow down the inevitable decline — and jump ship when you can’t take it anymore.

It doesn’t have to be this way. How does it feel to work in a great company? Listen to Stiven, our business development wizard.

I joined early at Wise and that’s what so many feared was inevitable — corporate political BS was coming and there was nothing we could do to stop it. So many thought that all we could do was drag our feet and delay it as long as possible. More than one Wiser had been at early startups that got backstabby fast. So they were just waiting for it to happen at Wise. (Fascinatingly enough, even when I left when Wise had 2000+ employees, there were still so many elements of the company that really worked far more like a startup than a 2000+ person company — so I’d say Wise culture fared amazingly well despite our fears!)

So that’s what I expected when I returned to Salv. I felt a knot in the pit of my stomach as I reached out to a few colleagues — I was filled with so much dread. Would anything actually be resolved? Would the same problems still be there, ignored and unresolved? Would people be completely frustrated and angry with leadership? Really, was I going to be able to go back or would I need to start working on a plan B?

But then I learned about the reality.

Salv had changed — but not as I had feared. Product-market fit had really snapped into place. Salv’s new ambitious project, AML Bridge, had actually started changing the industry, empowering crime fighters around the world. Read more in AML Bridge end-of-pilot write ups. Employees were crystal clear on company direction. Salvers had created core company values. There were so many potential customers the sales team needed to double, and then double again.

And the culture? I was blown away.

My first day back was at an all-company offsite. I spent the first 60 minutes just walking around and introducing myself to nearly every person I saw — because they were all new to me. Over and over again I found the same things. I found kindness, I found empathy, I found curiosity, I found deep thinkers, I found energy, I found big picture visionaries, I found intelligence, I found balanced humans who were focused on taking care of themselves and their fellow Salvers — there would be no burnout for them, thankyouverymuch.

It seemed too good to be true, though. The skeptic in me, the one that had talked to hundreds and hundreds of frustrated humans at Wise in my previous People team job said there was no way things could be that good.

Luckily, I got to test my assumptions. My first project back was the People team’s bi-annual Salver interviews. Armed with some tough questions, every person in the People team took different teams in the company and then set to work finding out what was really going on behind the scenes. We needed to find those hidden bubbles of frustration. We needed to find out where we could improve, and where we were improving.

One of the questions was especially telling, “In August 2021 we had problems with workload and clarity of our vision. Have things changed?”

Before I asked the question of the first Salver I interviewed, I braced myself for the answer I knew I’d get. “Worse, obviously.” I imagined him saying. And then I envisioned myself listening to him talk about how leadership hadn’t been listening and his work was too much but no one would hire. This wasn’t my first rodeo.

But to my shock and surprise, that was absolutely not the response I got.

After a thoughtful pause, my first interviewee said, “You know, things are sooo much better than they were back then. We aren’t constantly firefighting. The team is really working together. I know how I’ll be growing professionally. And, to be honest, this was hands down the best planning we have ever had. Our goals have never been so clear.”

It must have been a fluke, right? Someone with rose-colored glasses who wasn’t ready to face the truth?

But then my second interviewee said the same thing. And the third. And the fourth. And the fifth.

But then I checked in with the others in the People team and they agreed — they’d heard the same thing.

All companies have secrets, of course. But we don’t want to keep any secrets from you. Read Kairi’s blog to learn how we create the environment we want to work in. 💙

I should have known that I was hearing the truth. Because, after all, I was speaking to engineers. They’re not only practical humans that wouldn’t lie on topics as serious as workload and clear goals, but I needed to remember that when things get bad what engineers do is just get up and find other jobs. Because they can.

But then a fellow People team member brought up interview surveys of the past — and their results. My eyes widened in surprise at the summaries — previously there were problems. In fact, lots of them. But, as I read through the pain points and then the plans of action, I realised that nearly every painful problem that was mentioned was, well, no longer a real problem.

I’ve been back one month and already I feel proud. In my just 1.5 years away, Salv not only nearly doubled its headcount but it seems we’re really truly growing up – and hiring more amazing humans. Check our Careers page and join our team.

To many more years of uncovering our worst, facing our issues head on, and becoming the best company we can be to help do what we came here to do — beat financial crime.