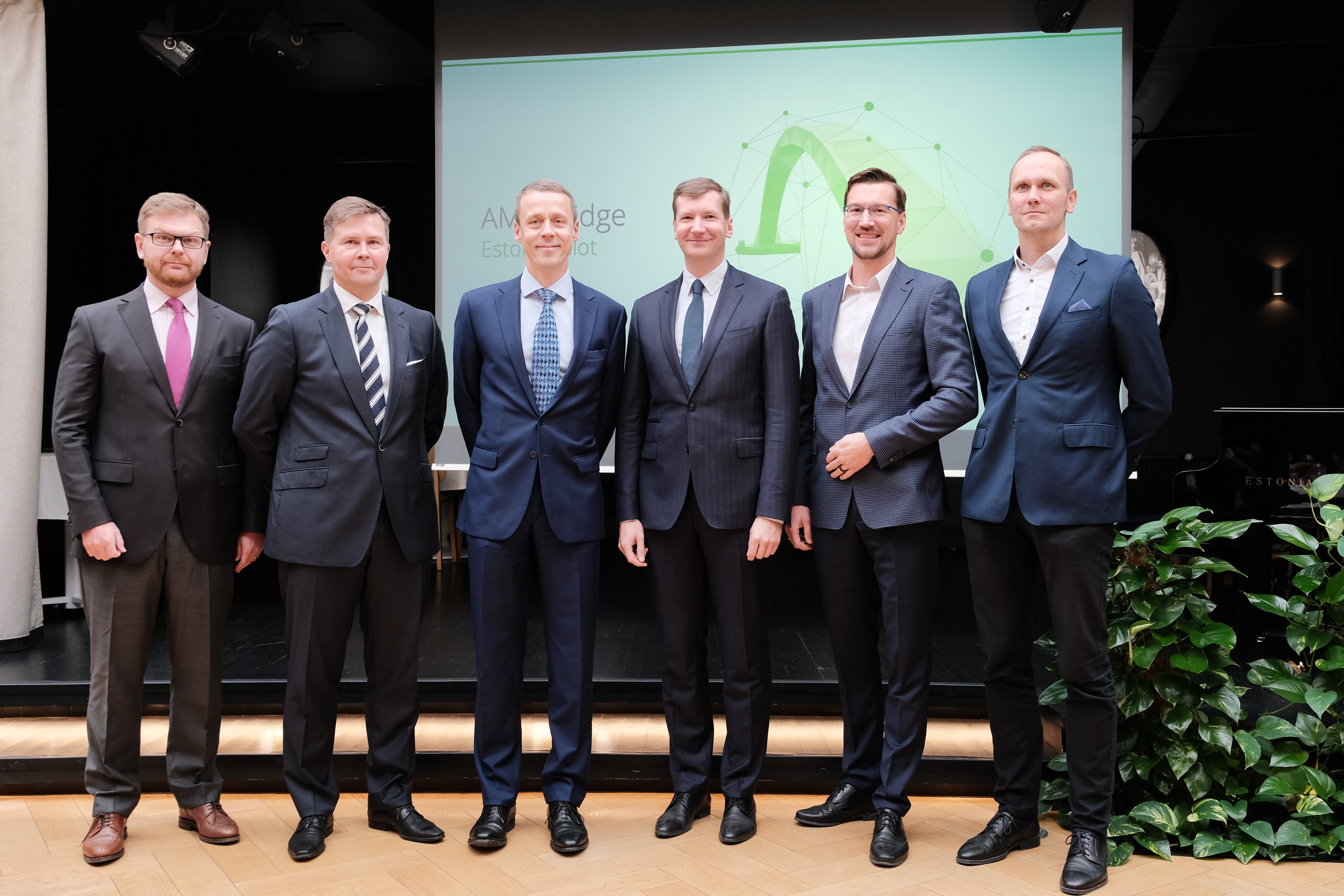 Tallinn – 06/10/20 – Salv, the anti-money laundering (AML) startup that raised $2M last year, is set to launch a pilot program called AML Bridge, in cooperation with four of Estonia’s largest banks. The pilot comes with cooperation from Estonia’s Financial Supervisory Authority, Financial Intelligence Unit, and Data Protection Inspectorate whose experts have been participating as consultants in the working groups. Results of the pilot will be announced in the spring of 2021.

The aim of this pilot is threefold. First, to prove that collaborative crime-fighting in the banking industry is the best way to fight money laundering. Secondly, to confirm that the Privacy Enhancing Technology (PET) enables safe, secure data sharing within the bounds of regulatory and data privacy laws in the European Union. Finally, if the pilot proves successful in Estonia, it should set a new AML standard for financial institutions across Europe to follow in Estonia’s footsteps. 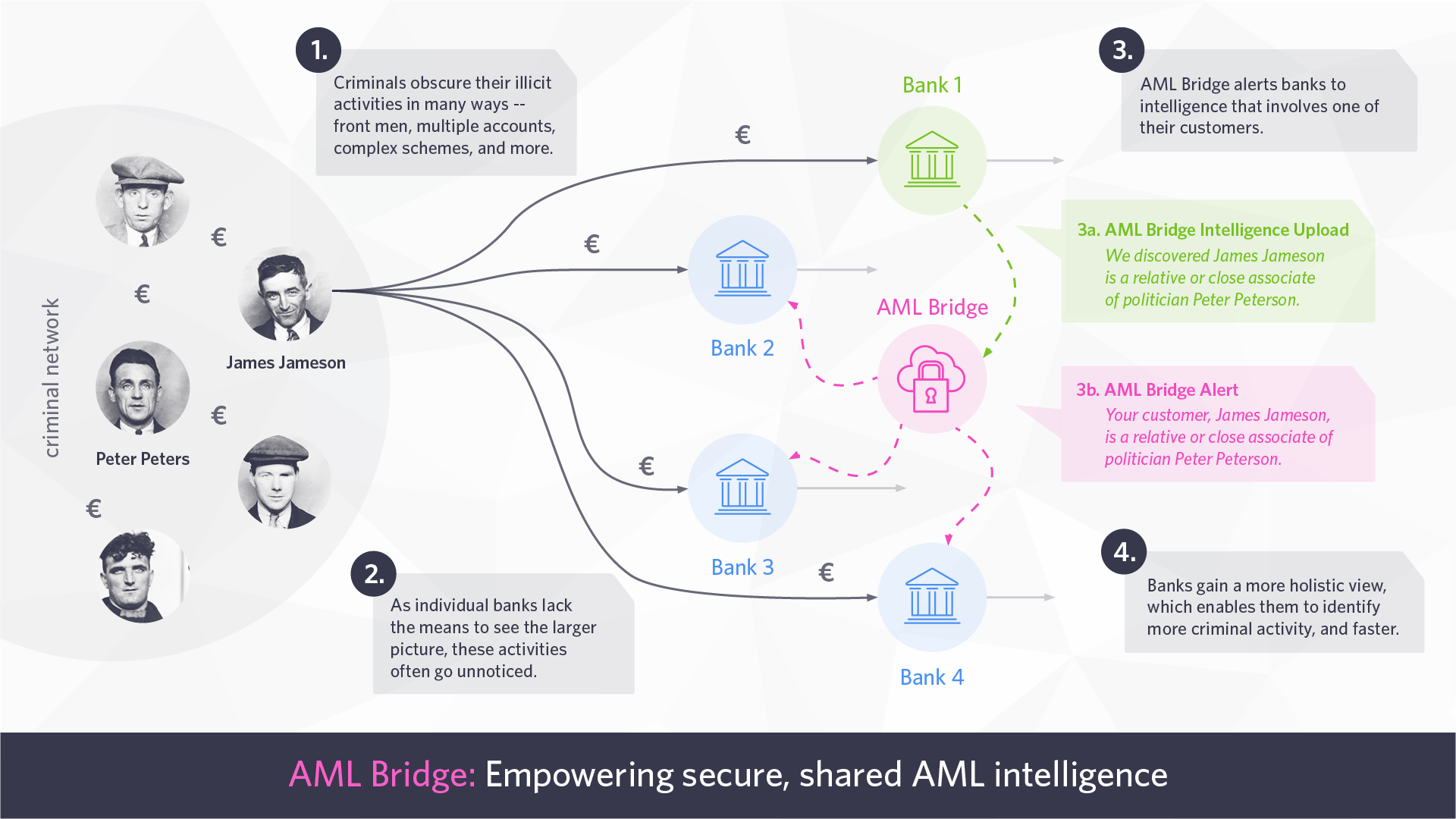 Taavi Tamkivi, the founder of Salv, recognizes Estonian banks and regulators for an open-minded approach to challenge financial crime with intelligent technology. “Today, it’s estimated that banks can prevent less than 1% of illicit funds flowing through their system. The current system is unduly burdensome for honest customers who have nothing to do with money laundering and has nothing to do with banks’ hesitation to prevent money laundering. The core problem is actually inefficient tooling. Up until now, criminals have had the upper hand — because they can collaborate. Banks cannot. Achieving a new crime-fighting standard is a complex objective because of the need to respect privacy protection rights. A new standard can only be established in collaboration with forward-thinking banks and regulators. I do hope that Estonian banks and regulators can forge paths for the rest of the world to follow,” he further explains.

Tamkivi points out that criminals with a global reach cooperate and share best practices amongst each other. “They literally share laundered cash flows. In other words, they cooperate in legalizing illegal income, and they consciously plan the most complex and hard-to-find networks. At the same time, due to regulatory challenges, banks work in silos without being able to quickly exchange information. Until now, there hasn’t been a technological solution that could make sense of data without violating a person’s right to privacy. The situation is further complicated in some countries when its people suspect senior government officials of collaborating with criminal network leaders. Criminals gain an advantage when given access to information on current preventive and blocking measures taken against financial crime. AML Bridge is a supplement, not a replacement, for AML tools financial institutions use today. Our technology offers banks a new tool that enables secure access to third party intelligence and, thus, greater collaboration in the fight against crime,” says Tamkivi.

The AML Bridge pilot tests a similar solution to X-road Estonia, Estonia’s centralized e-platform where, instead of storing data in a centralized location, technology instead enables data to be kept in the hands of the originator and accessed securely from there. This ensures maximum immunity against cyber attacks and robust personal data protection. AML Bridge will only allow a bank to access another bank’s intelligence if there’s a reasonable basis according to the Money Laundering and Terrorist Financing Prevention Act. Salv’s technology can create links between peer banks’ data and securely share AML intelligence to identify potentially severe risks. In this way, banks will be able to prevent illicit transactions and discrimination against honest customers. “We can rule out cases where a person is refused service because a criminal in another country has their same name,” said Tamkivi.

According to Erki Kilu, Chairman of the Board of the Estonian Banking Association, the pilot gives Estonia a unique opportunity to test intelligent collaborative solutions to make AML measures more effective. He believes those findings could be implemented outside Estonia. “Today, the Estonian digital society is an example for other countries in the world. Estonia is seen as an opinion leader when it comes to e-government solutions, so perhaps Estonia could also become an opinion leader in the prevention of money laundering acts. The biggest challenge isn’t so much in the technology’s capabilities, but in how to conduct the pilot in full compliance with data privacy regulations. This is why the pilot is conducted in collaboration with experts from FSA, Financial Intelligence Unit, and Data Protection Inspectorate,” Kilu explains.

Salv was founded by Taavi Tamkivi (CEO), Jeff McClelland (COO), and Sergei Rumjantsev (CTO). Taavi built the AML, Fraud, and Know Your Customer (KYC) teams at TransferWise and Skype. Jeff started his career at ING Bank before leading fraud and analytics teams at Skype and setting up the analytics team at TransferWise. Sergei led the engineering team for KYC and Verification at TransferWise. Sten Tamkivi, the cousin of Taavi Tamkivi and former general manager of Skype, is the co-founder of Salv. Salv began developing its core technology in 2018 with a team mostly consisting of former Skype and TransferWise employees. Banking expert Robert Kitt joined Salv’s team at the end of 2019 and has been one of the key individuals to prepare the AML Bridge pilot. Salv has raised more than $2M in venture capital investments. Investors include Fly Ventures, Passion Capital, Seedcamp, N26 founder Maximilian Tayenthal, former Twilio technology manager Ott Kaukver, and Estonian e-residency program initiator Taavi Kotka.

About the Estonian Banking Association

The Estonian Banking Association (EBA) was founded on July 3, 1992. EBA is a full member of the European Banking Federation (FBE). EBA currently has ten member banks who represent around 98% of the Estonian banking sector’s assets. The mission and primary objective of EBA is to promote the development of banking activities, to improve the banking operations of member banks, and to institute good business practices and ethics.

About the Estonian Financial Supervision and Resolution Authority

The Estonian Financial Supervision and Resolution Authority (FSA) is a financial supervision and crisis resolution authority with autonomous responsibilities and budget that works on behalf of the state of Estonia and is independent in its decision-making. The work of FSA is funded by supervision fees and procedure fees paid by the subjects of financial supervision. FSA is part of the European Single Supervisory Mechanism (SSM), which has carried out capital supervision for the most important banks and banking groups in Europe since November 2014. FSA is also part of the European Single Resolution Mechanism (SRM) and the Single Resolution Board.

About the Estonian Financial Intelligence Unit

The Estonian Financial Intelligence Unit (FIU) is an independent structural unit of the Estonian Police and Border Guard Board. The Financial Intelligence Unit analyses and verifies information on cases that suspect money laundering or terrorist financing, takes measures to preserve property where necessary, and immediately forwards materials to the competent authorities upon detection of criminal offence elements.

About the Estonian Data Protection Inspectorate