Why we couldn’t ignore AML

And why maybe you can't, either

“Anti-Money Laundering (AML) is a boring problem.” - Me, one year ago.

Of all the problems in the world to focus on, why AML? Isn’t this just a problem with greedy banks? Get rid of the banks and get rid of the problem. This last year has been a journey for me. I’ve learned more about AML than I ever realised possible. And I’ve become convinced that the problem is so big and so important that we have to do something. Now.

At Salv, we’ve decided to tackle the problem head-on. Let me explain why.

Not everything was roses

Once upon a time, let’s say around one hundred years ago, the world felt safe. Kids played outside without fear. Neighbours knew and trusted each other. National pride was at an all-time high. And we didn’t worry so much. At least, that’s what comes to mind.

But there was also a bunch of seedy underground stuff that we often leave out of our memories, like systemic racism, doctors that experimented on the underprivileged, treatable diseases that wiped out entire villages, and poverty that was so rampant that families sometimes had a bunch of kids just because they needed the labor. At Salv, there’s one American who said her mom grew up as one of eight siblings on a dairy farm. Three of her grandparents were given away to other families. Two because their families couldn’t take care of them, only one through official means, adoption — his mom had been an unwed single mother.

So it definitely wasn’t all roses.

But something else was present that made for great Hollywood plots — the mafia. Mob bosses, dealing out street justice. Excising illegal and unfair taxes on neighbourhoods. Paying off dirty cops. Ruling and ruining innocent people with fear. It was a real problem the US government struggled to curb.

But let’s think for a minute why the mafia existed.

And what did they believe brought them power? Fear and money. A lot of money.

But what good is money if you can’t spend it? What if, back then, businesses suddenly refused to process cash from any mafia member? The mafia could cease operating overnight. They’d no longer have the incentive to run their illegal operations because they wouldn’t be able to do anything with the proceeds.

That’s exactly what Anti-Money Laundering (AML) laws aimed to do back when they began in the 1930’s, fighting organised crime in the US. 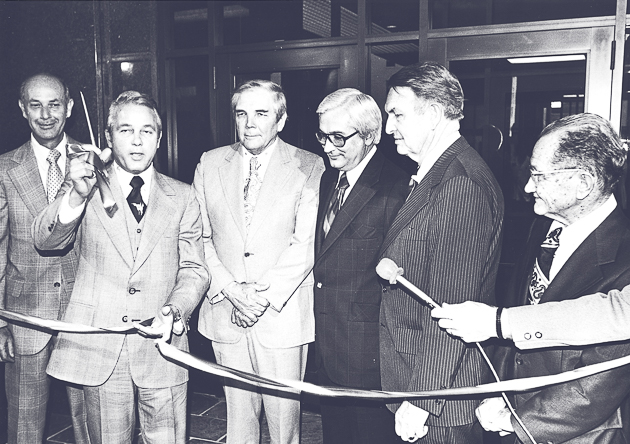 The dawn of a new era

As seems to be the case in recent history, the United States was the pioneer in this area. They were the first to create regulations. And, because of the power of the almighty dollar, and the fact that America would impose swift penalties without compliance, European banks began to follow suit.

Back then, when all these regulations started, the world wasn’t really used to all these rules. And, a lot of times, guidelines and regulations weren’t all that tried and tested. For example, around the time, doctors commonly prescribed patients to begin smoking in order to lose weight. Clearly, they hadn’t studied all its side effects.

Back then, just like with medicine at the time, a lot of AML regulations were guesswork. A hope and a prayer that having some law was better than having no law.

And it did help. Some.

Once the banking system started using regulations to stop criminal activity and money laundering, it was like quicksand. Laws started popping up all over the place. 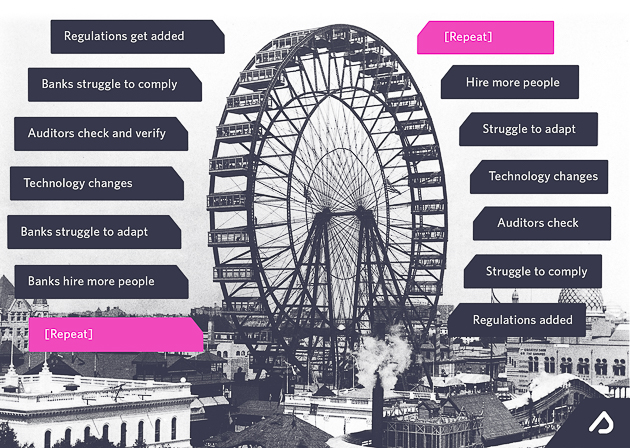 You get the picture. Once society started seeing regulations and laws as the answer, we just kept piling them on. Over a few decades we went from just a handful of laws to thousands and thousands of them.

For instance, the total pages of published regulations in the US was around 20,000 pages throughout the 1950s. Around 1980, the 100,000 page mark was crossed. Today it’s nearly 200,000 pages. And financial institutions — being central to many financial activities — must ensure they comply with all of the regulations.

You’d think that, with all these regulations, we’d be catching more total criminal activity today than 100 years ago.

Unfortunately, that’s not quite what happened. 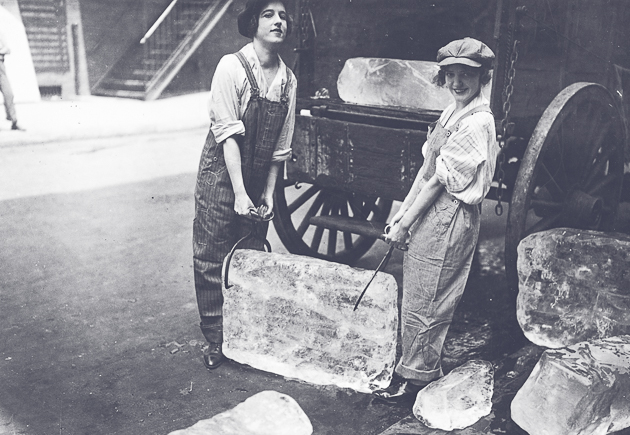 A bucket of ice water

Criminals launder between 1–2 trillion dollars each year. To put that in perspective, that’s about the same size as the entire oil industry combined.

How can criminals get away with laundering so much? According to the United Nations Office on Drugs and Crime (UNODC) only 1–2% of it is being caught.

Let that sink in a minute.

A tiny 1–2%. That means, with all those regulations, with all that work over nearly 100 years to try and stop some of the evilest forces on the planet, we’re still somehow letting 98–99% of it through.

Once we started with this regulations thing, we got tunnel vision. Today’s compliance industry revolves almost entirely around compliance laws and passing audits.

While being compliant and passing audits is certainly important, it’s still missing the big picture.

Talk to nearly anyone working in AML compliance at a financial institution and you’ll quickly find they don’t have much time to catch criminals. Really, they don’t. Besides a mountain of everyday manual tasks, many spend far too many after hours late nights pouring through legalese documents in an attempt to ensure their financial institute is compliant. And none of these chores actually involve proactively detecting criminal activity. It’s almost all about passing audits.

Ever wander how to measure your compliance effectiveness?

On top of that, add legacy in-house technology that’s sometimes decades behind, a tiny workforce, and tooling that’s often frustratingly inflexible, and you can see why 1–2% is still the amount of crime we catch today.

To up the stakes, in the past 5 years we’ve seen a huge spike in AML scandals in the news. In Estonia, the country I live in, 4 out of 5 of the largest banks have gone through an AML scandal in the past 5 years. While many assumed that scores of banks were purposefully dodging their duties, that normally wasn’t the case. At the centre of nearly every scandal was often a fully compliant bank who’d been passing audits for years.

Of course, sometimes there was actual criminal activity inside banks. Of those four banks I mentioned who went through AML scandal in Estonia, two seem to have employed a handful of bad actors. But, those examples aside, banks are generally great at controlling risk. These days, that’s what they do. They set up control points, audits, and processes galore just to make sure they are constantly in control of their risks.

If we have any hope of making a dent in this rampant financial crime, we’ve got to go through a whole mindset shift. Read my other article to learn how you can outsmart financial criminals. 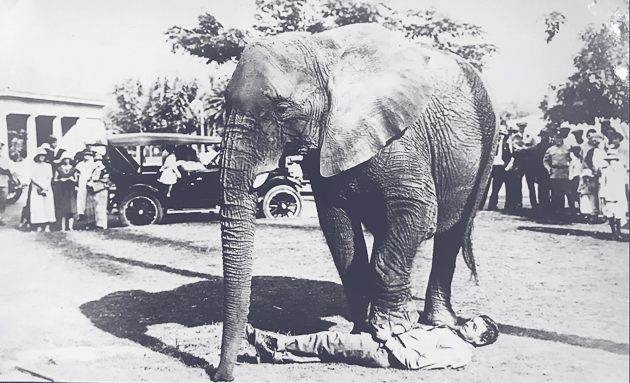 The elephant in the room

In all of this, we’ve somehow lost our way a bit. We’ve forgotten the main thing should be the main thing — stopping criminals. That was our end goal when we started adding regulations nearly a century ago. And that’s the only thing that’s going to help us catch super savvy crime syndicates operating today.

I know, I know. It sounds naive to think that one company can influence a global problem. But I’ve personally witnessed industry changes already that were largely propelled by two startups I’ve helped build. Communication is basically free thanks to Skype. Money moves across borders instantly and almost for free thanks to TransferWise. Both of those transformations happened in just the last decade.

And I think — rather I know — that Salv can help. Because, at Salv, we are making the main thing, the main thing. Get in touch or book a demo and learn how Salv’s AML platform can strengthen your compliance, saving you money and time.